WFM Cloud – Looking Under the Hood

WFM Cloud - Looking Under the Hood 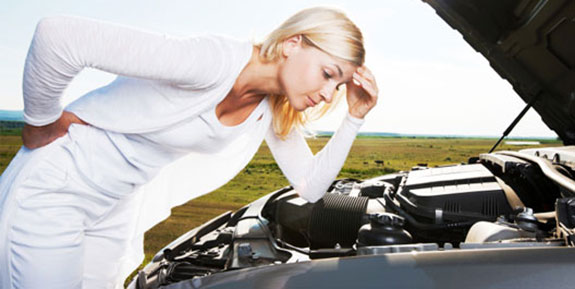 The Cloud has gained acceptance as a solid, reliable platform: for some things at least. There’s still resistance, especially when it comes to running critical business applications in the Cloud. That resistance hits on many points: security, performance and availability being among the critical ones. Maybe the most critical concern, though, is that the functionality itself won’t be on a par with on-premise systems.

Sometimes that’s true. Sometimes, delivering an application over the Cloud means that you can’t have performance, security . . . or full functionality. It depends on the Cloud infrastructure: how strong, fast and reliable it is—whether it can handle a heavy computing load. Some WFM functionality requires a lot more processing horsepower than others: for instance, scheduling is on the low end and complex analysis and forecasting on the high. That computing load doesn’t come from your system and users alone; in the Cloud, it’s magnified by every other customer the provider has. Too heavy a load on existing resources slows performance, sucks up bandwidth and maybe even freezes or crashes a system. To deal with that, Cloud providers just don’t provide the functionality.

Doctor, it hurts my system when users run reports.

Then don’t let them run reports

In these cases, the hesitation to go up to the Cloud is justified. Those systems don’t deliver the same functionality as their on-premise big brothers because they just don’t have what it takes to do it.

This is particularly the case with WFM systems that only run in the Cloud. There are lots of reasons for SaaS-only systems to have functional limitations. They don’t have an existing code base to build on. These systems are built from scratch. The developers don’t have the time to create and launch a full-featured system. They build the system to meet the limitations of their Cloud (rather than growing their Cloud to meet the needs of their system). And they let business drive infrastructure—scaling and expanding only when their capabilities are pushed to the thinnest.

But while that may not be the exception, it’s also not the rule. Many SaaS providers—across applications but specifically within the WFM marketplace—provide Cloud systems that are identical in scope, power and functionality to their on-premise systems. Teleopti WFM is a classic example of this. Our Cloud offering is exactly the same—in every respect—as our on-premise system.

One reason we can do this is that the hard work—the design and processing flows that make up an application—has already been done building the on-premise version. Of course, there’s more hard work bringing that functionality into a new platform. But the economies have already been applied, the shortcuts learned and so on. There’s a strategic element to it as well—almost a Marketing component. Companies with on-premise systems have already established the bar they have to reach—we really don’t have a choice but to make the Cloud system exactly the same as the installed version. The last thing we want to hear about our Cloud system in the marketplace is the dreaded phrase: “Not as good as their on-premise version.”

That “not as good” is going to apply to every part of the system: computing, storage, security and network. If any of those elements is weak, the entire offering will be weak. (In order for Teleopti WFM to deliver full functionary and full performance, we put in place a large, powerful and highly redundant infrastructure powering the Cloud.)

The upshot is this: when you start making a buying decision for a Cloud WFM, look beyond the benefits of scalability and cost and convenience. They’re certainly important, but in reality they’re the commoditized part of the Cloud: the part everybody provides. Look instead at the nuts and bolts. That’s where you’re going to be able to separate quality from mediocrity. Query about capacity, bandwidth, processing capability. Ask what kind of security is in place, how many simultaneous users it can handle at peak performance, how quickly it can scale, how frequently it’s updated.

In other words, when it comes to going up into the Cloud, make sure you look under the hood.

Contact us to learn more about our products & services.